When we welcomed our second child into this world I thought my problems would go away , I thought that the darkened moods that hovered around me would go – I’d hoped I’d got the child I had been mourning when Ava was born.
And I didn’t.

I was desperate to fill a void, that at the time I never knew would never be filled, I wanted the impossible and when baby Steven was placed in my arms my heart sunk. Why couldn’t I be happy…

It was the same theatre that Ava had been born in, it was the same 4 walls and I thought I was ready to face the music again, thought I was strong enough to fight the battle. But I wasn’t. I had vivd flash backs of Ava being resuscitated and then being whisked away. I just crumbled, and from there onwards life was incredibly hard. I couldn’t get the hang of a “normal” child and a poorly one, I felt guilty every which way I turned , was I doing the right thing for them both, was I nurturing them both enough ..? the mental head fuck was agonising.

I drove myself insane I developed triggers of anxiety whereby I wanted to jack it all in, I lost all my friends whilst I quietly fell to pieces. My friends were fed up with me being flakey, fed up of my excuses to not see them and they inevitably become so frustrated that they understandably cut ties with me. I was left with no friends to turn to and I slowly withdrew from the world around me. I must have struggled for a few months before I couldn’t do it any more. I reached out to my midwife who I had during my postnatal care. During those 28days she had taken the time to get to know my family, and get to know me, so I sent her a text that put wheels into motion to get me some help. It went on for some time until I eventually spent some time in a psychiatric facility.

The journey that followes after was a turbulent one, a really difficult journey where by I had to learn to be on my own with no friends surrounding me, accepting that I may never have friends around me again due to the nature of my life with the children and of course my special little girl.

Fast forward a few months and I found out I was pregnant with my third child. I was elated. I didn’t want to get my hopes up and think that this was the answer to all my problems – another baby. But after 38 horrific weeks, with highs, lows and illness and ailments I finally delivered my baby Ralph, and he is my definition of a rainbow baby to me. The bond I felt with Ralph was instant, I look at him and for 12 days so far I’ve felt nothing but being content with him, loving him, cuddling him and enjoying him.

Baby Ralph has allowed me to let go and love freely with no guilt, no regret and no what ifs. Is it going to be hard with three under three? Absolutely , … But I haven’t been and am not going through all I am to give up.

I don’t think I would be where I am now if I didn’t have the support of an amazing midwife, she was always there for me and helped with anything she physically could. She enjoyed my children, she carried out all antenatal appointments in my home to make it easier for me and I’m forever grateful.

Even on her day off of work (which is rare!) She got up extra early to be present during my csection as extra support so I wasn’t alone in that very same theatre. She captured some beautiful first pictures of Ralph and I and Ralph with his daddy so we are very lucky to have had a wonderful lady present. 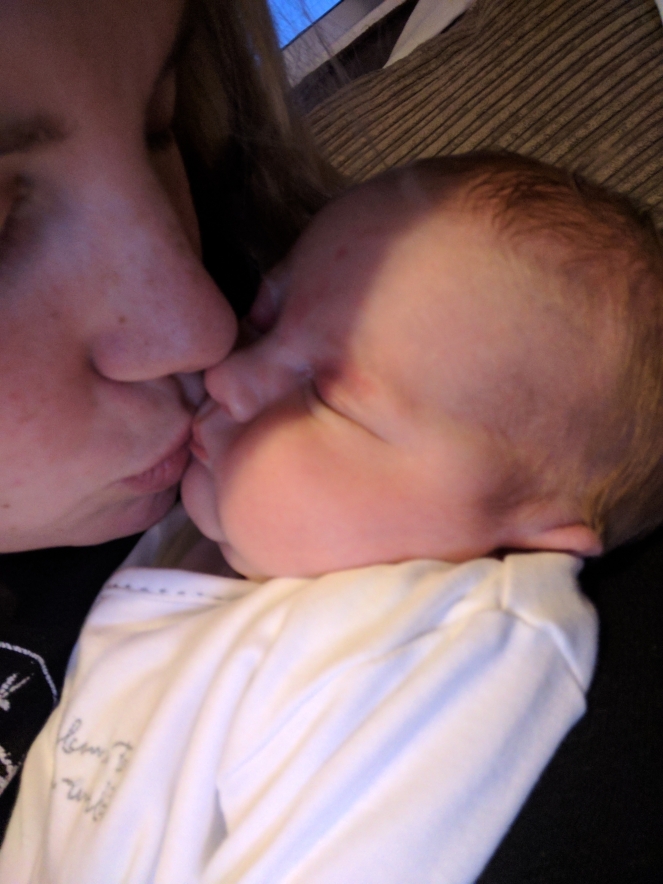